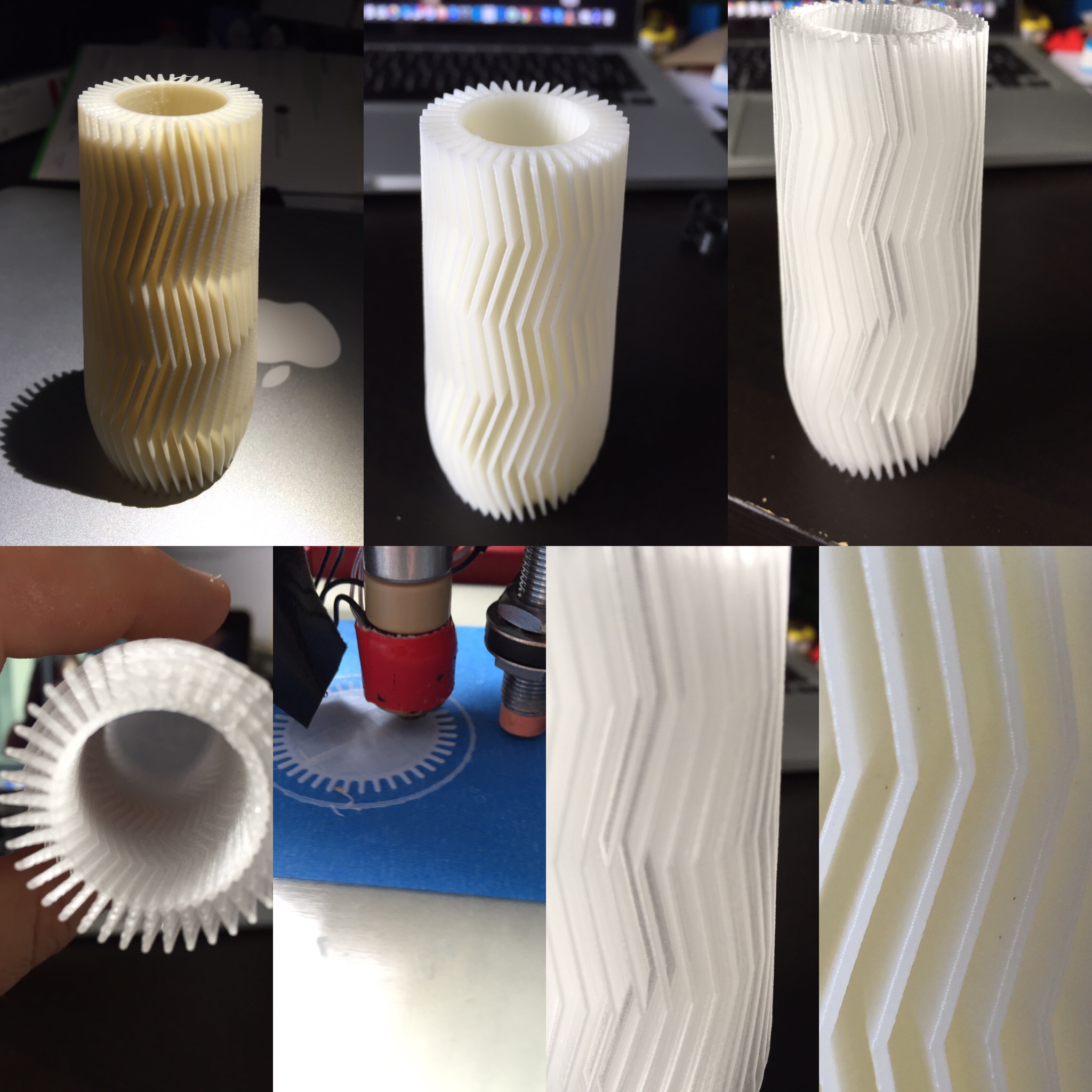 So I was at a 3D Hubs Meetup when one of the guys from Cinter said was I looking for a filament supplier.  Now I will always look at filament as for me, it is the next progression in 3D printing.  Most of the printers now do exactly the same thing, just with different mechanicals.  But filament, that’s where we can still make big steps.

So, of course, I said ‘yeah, why not’, and that’s when I was introduced to the doctor – Dr3DFilament to more precise.  Now, after speaking to Martin, I realised that he has  passion for filament, a serious passion and it’s working really well.

Now I didn’t realise that I’d met his PLA before, through a different supplier, but

the packaging he uses is unmistakeable.  The filament comes in shrink-wrapped foil, with the compulsory silica gel bag inside.  Now I like his PLA, I like it a lot and, to be honest, I’m glad I found out where it came from.  I knew it was UK, but I didnt know where… now, all is revealed, Weston Super Mare.

Anyway, so I ran some test prints with the samples he sent me, and I still need to run one more test, when I get my dual extruder Printrbot Plus out, which is a support filament called Scaffold.  I will report on that soon.  I printed on my extended Printrbot Simple Metal and ran the same model in each case, the

Angular Vase by Ysoft be3D.  I printed in ABS, which is a material I’m not particularly fond of, because of the warping – but it printed fine straight off.  I then went on to try PETG, which is becoming more popular at the moment and then I

went on to ASA.  ASA is a UV resistant ABS but like the ABS, it printed fine.  I was really starting to like these filaments.  Then I finished up with PMMA, which is 3d printable acrylic.

Everything I tried printed without a hitch.  The settings varied a bit, hotter beds, hotter print temperatures, but every vase came off the printer looking really well.  Since the initial vase tests I’ve been using the PETG a lot more, liking the translucent effect but I would happily recommend them all.

These Engineering filaments is going to be a 3D printing game changer.  Nothing will really make the printers a lot faster, but the ability to print these stronger, more adaptable materials, will allow people to produce prototypes that are more usable and durable, and able to be seriously tested.

I was so impressed that I’m going to start stocking these, and the other Dr3Dfilament materials in the store.  The price is attractive and the spools are a full 1kg.  So let’s see what you can print with it.